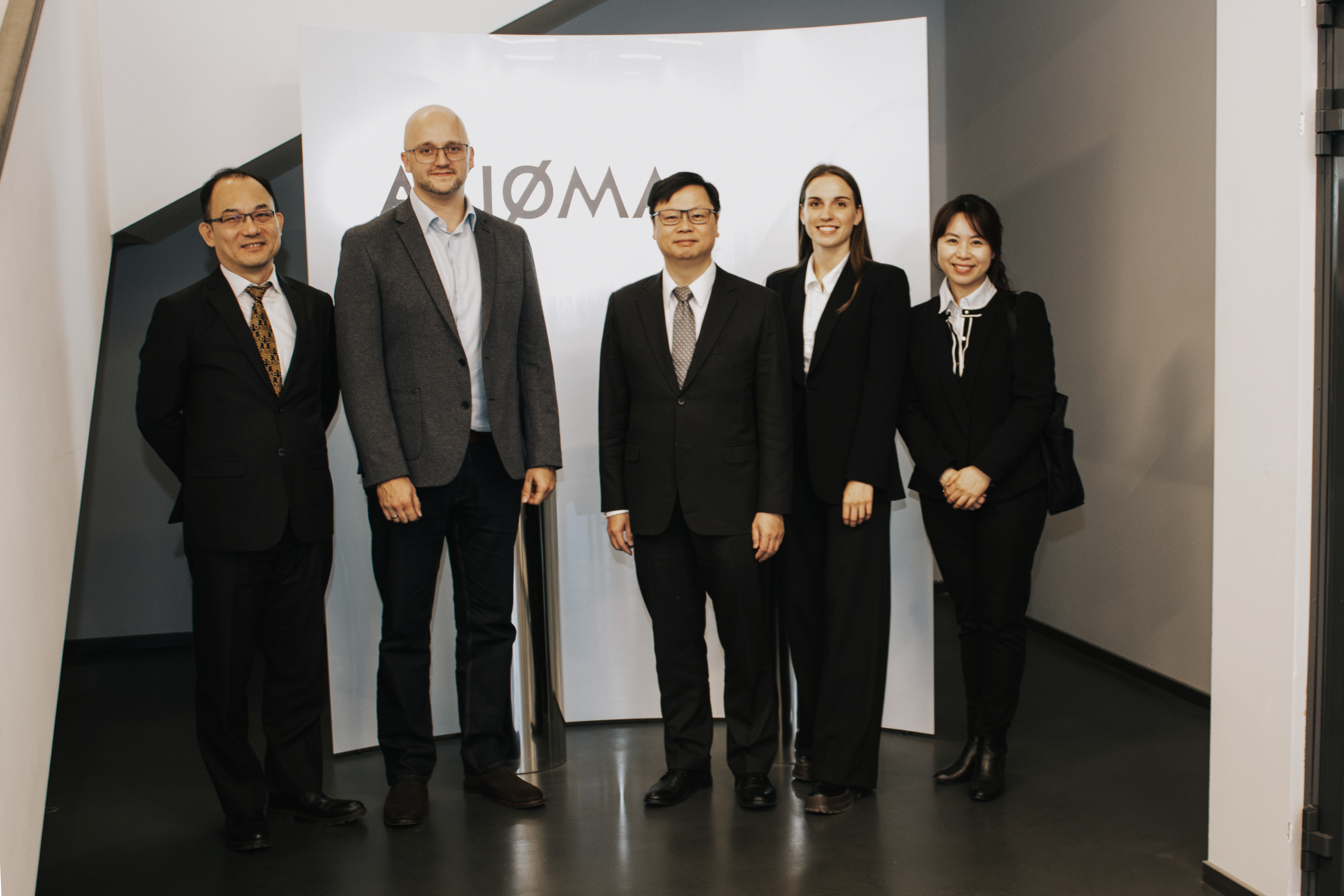 Axioma Metering, which plans to expand the production of meters, has targeted the Taiwanese market, which has a demand of 7 million. water meters. The company's factory was visited by a delegation from Taiwan, which is looking for potential partners - Lithuanian meters with Taiwanese processors.

The guests saw how already today in Lithuania, Taiwanese processors are installed in smart water meters that work on the principle of ultrasound. After the supply chain and supply of these parts from Japan were interrupted, the Taiwanese company Axioma Metering lent a helping hand by supplying 200,000 processors.

Although the meter manufacturer plans to buy several times more processors from Taiwan in 2023, it seems that this is only the beginning of the partnership.

"We are now discussing with the Taiwanese about further supply of processors, plans to export our meters to Taiwan," says Ignas Vosylius, head of Axioma Metering.

Taiwan puts a lot of effort into the modernization and digitization of urban infrastructure, and aims to have smart cities, and one of the elements of such a city is smart meters to manage the infrastructure.

"We are in discussion with Taiwan's state-owned water company. Unlike in Lithuanian cities where different water suppliers operate, there one organization takes care of the whole country. There are 7 million of households in the main cities of the country", I. Vosylius presents the possibility of business development.

According to him, the Taiwanese are already testing the products developed in Lithuania and so far everything is going smoothly. First, the Taiwanese representatives will choose which technology they want to use, and then the winning company will need to be certified accordingly.

“Taiwanese want bigger solutions built with their components. The partnership of the countries, the cyclical chain is very important for them. You can rationally justify why you choose a Lithuanian product", the Axioma Metering CEO mentions the advantages of a Lithuanian product with a Taiwanese processor.

According to him, 7 million meters is a rather large project - the Taiwanese would like to work with one strategic partner, they are planning a longer selection and testing process. “Now they want it to be only one company. So we are working there to become it", says I. Vosylius.

"Our project is competitive in large part because of the process of how we manufacture it. Robotization, structural solutions that allow efficient production of large quantities. Taiwan is not a final product manufacturing country like China. Taiwan focuses on value-added components - microprocessors, batteries, electronic parts," he says.

As I. Vosylius says, both, Taiwan's largest city Taipei and Vilnius, publicly declare their partnership and desire to become smart cities. Smart water meters will soon be installed in Vilnius, and Taipei can follow the example of Vilnius.

"We won the project in Vilnius and we will use that example, because we have many implemented examples that we can show in various countries of the world, but the representatives of Taiwan in Vilnius are watching particularly closely. It's like cities share good practice," says I. Vosylius.

Axioma Metering's factory is currently operating at full capacity, counting up to approximately 30 million Eur this year's growing sales. In 2023, the company plans to reach about 80 million. EUR sales.

Total in the new factory until 2025 it is planned to install 4 new production lines, which will make it possible to produce 3 times more meters per year.